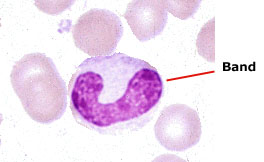 I am not going to review or discuss the entire case of Rory Staunton. WhiteCoat did that very well, twice.

Briefly: previously healthy 12 year old scraped his arm in gym, goes to ED for fever and abdominal symptoms, discharged after evaluation (labs drawn but not resulted at the time showed elevated bands), and later came back with severe sepsis and unfortunately died. Jim Dwyer wrote an article about it in the New York Times that alleges that the sepsis was missed on the initial visit and shouldn't have been, and he names the ED doc who treated Rory on the initial visit.

What I will say is that while it's terrible that a healthy 12 year old kid died, from what we know about the case, this hardly seems like a "miss" or like it could have been avoided, unless we started admitting & antibiosing every febrile, tachycardic kid in every Pediatric ED. Which I think would cause many more problems than it solves. (What's the NNT for antibiotics for febrile/tachy kid?)

On WhiteCoat's second post on the subject, I made a comment ("Needle vs. haystack. Young healthy kids with non-dangerous viral infections can make bands, too.") and Jim Dwyer responded; for some reason my reply won't post.

So I emailed this to him directly (through the NYT website):

I tried to post a reply to your response on bands and infection, but for some reason it's not posting.

You asked if the results (elevated WBC & high bands) were strongly  suggestive of a bacterial infection. They are not. While bands had previously been thought to be helpful in identifying serious bacterial infections, years of research have shown that they are a poor test, and are only indicative of a vigorous host response to infection or inflammation from any source, be it viral, bacterial, or non-infectious.

There is a thorough review on the lack of utility of band counts here:

Dr. Cornbleet reviews many studies, at least 18 of which are relevant here.

Some pertinent quotes from the paper are pasted below.

The 84% false positive rate I quote from Cornbleet below demonstrates exactly what I meant by "needle in a haystack" -- of every 100 children with elevated bands, 84 of them do not have a serious bacterial infection.

Seth Trueger
********@gmail.com
n.b. I am also posting this message to my website, mdaware.org

From Cornbleet:
Surprisingly, the clinical folklore of the band persists despite little mention of its diagnostic utility in current textbooks. Textbooks in internal medicine, hematology, and laboratory medicine do not recommend band counts for the diagnosis of infection, otherthan to mention that neutrophilia and left-shift typically accompany infection or inﬂammation.
Similarly, most pediatric textbooks do not advocate band counts for the diagnosis of infection in children over 3 months old.
...
The data indicate poor performance of the band count as a clinical laboratory test, with most positive likelihood ratios below 5 and most negative likelihood ratios above 0.2
...
Although Todd’s initial study showed fairsensitivity and speciﬁcity for the algorithm, later studies by Morens and Rasmussen and Rasmussen
did not report good results. McCarthy and Dolan applied Todd’s criteria to
hyperpyrexic children seen in the ED, but found an 84% false-positive rate.
...
Review of the literature provides little support for the
clinical utility of the band count in patients greater than 3 months of age.

Lots of smart people (in addition to WhiteCoat) have responded to (or should I say, against) Mr Dwyer, and I will concede that the situation is a bit unfair for him: our medical knowledge & training makes physicians well-suited to criticize his journalism...