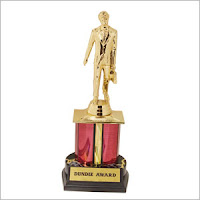 The article is a very nice piece on patient-centered care and evidence for GCS-15 ICH patients and is worth a read.

The ORA is given here for:


Seth,
Jeremy just showed me your best reference awards. From 2012, yes, but I'm still catching up on the internet. I am surprised Annals allowed a Wikipedia reference in this case since it is obviously not the primary source of the quote used.
The spider man reference, "with great power comes great responsibility," should have looked something like:

With the caveat that the original comic book text as written was
WITH GREAT POWER THERE MUST ALSO COME--GREAT RESPONSIBILITY!

Of note, according to Wikiquote:

The saying pre-dates"Amazing Fantasy. The phrase "with great power goes great responsibility" was spoken by J. Hector Fezandie in an 1894 graduation address at The Stevens Institute of Technology - "The Moral Influence of a Scientific Education", The Stevens Indicator, Volume 11, Page 217. The exact phrase was repeated during a speech by President Harry S. Truman in November 1950 - Public Papers of the Presidents of the United States: Harry S. Truman, 1950 (published 1965), Page 703. A UK Member of Parliament implied in 1817 that a variant of it was already a cliché Thomas C. Hansard, ed (1817). Parliamentary Debates. p. 1227. Retrieved on October 10, 2013.