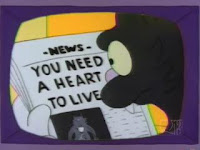 Low risk chest pain (or any of its analogues) is one of the most common chief complaints in the Emergency Department (I think it's #2?) yet there is a huge amount of practice variability (more on this at the end), discrepant teaching, and huge unanswered questions.

Recently, the European Society of Cardiologists determined that some cardiologists now contend that unstable angina is no longer a thing, much like hypertensive urgency, the American auto worker, travel agents, and rock saxophonists. The ESC concluded Some cardiologists argue that high-sensitivity troponin (hsTn) is sensitive enough to rule out ALL acute coronary syndrom (ACS).


If hs troponins are completely neutral in a patient with chest pain, it’s impossible that the patient has significant coronary disease. (Freek Verheugt, Dutch cardiologist)

I hope he's right. But I don't think he is. I of course respect cardiologists, the European Society of Cardiologists, and recognize that I am but a junior emergentologist (and resuscitationist). And, I would love for it to be true. If we had an accurate biomarker for ACS, we could admit fewer patients, do fewer unnecessary stress tests and caths, and offload a lot of potentially unnecessary hospital admissions, decompressing some nontrivial level of ED & hospital crowding.

I humbly submit my dissent based primarily on the fact that there are plenty of simple questions left open by the data on hsTn. I am also intentionally not putting robust references in this post precisely because I think there are more questions than answers -- enough that I want readers to have to go to the literature to draw their own conclusions.*

First, some simple background.
The spectrum of acute CAD:

We care about UA/NSTEMI/STEMI, or what we call ACS, and we include UA in that spectrum of "things we care about" because patients with UA go on to have MI +/- death, which we agree is bad. And all of the money (figuratively & literally) is in UA because MI is "easy" to diagnose, while it is nearly impossible to differentiate stable from unstable angina, or non-cardiac from cardiac causes of chest pain.

If hsTn works, that would be great. But my read of the evidence is that it's not.

What does that mean?

I think there is a subset of chest pain patients who are hsTn negative, but still have ACS/UA, and are therefore at increased risk for MI or death in the short term.

What to do with them? Stress test may not help; CTCA is probably just another stress test. And PCI during UA probably doesn't help most patients. (except maybe for patients with Wellens syndrome?)

So now what? That means we have patients who have chest pain, aren't having MIs, and might be having UA. Stressing or cathing them probably doesn't add much, but they are still at risk. Is admission the answer? The benefits of admission are essentially monitoring (if your UA progresses to NSTEMI or STEMI it will hopefully be caught in-house), medication optimization (ensured you're put on aspirin, BP managed, etc), scared straight (tobacco cessation?).

Again, I'm not sure what to do with all of this. But back to widely divergent practice patterns:

I recently spoke with a friend who was a year ahead of me in residency. At his hospital group, if you have 2 negative troponins (not high-sensitive) and a normal ECG, you go home. At the same time, a malpractice insurer for a hospital network in the same geographic area told all their ED docs to admit every chest pain because too many cases of ACS were being missed. So the standard of care is somewhere between doing nothing and everything.

Amal Mattu pointed out yesterday on the twitter that the Third Universal Definition DOES indeed include the concept of UA:


@gruntdoc If TNs negative "it's impossible that the patient has significant CAD" ??? Irresponsible statement or misquote I'd guess.
— Amal Mattu (@amalmattu) September 17, 2012

And to the source:

My apologies. I trusted the Cardiology News article cited above and Dr. Verheugt as quoted in the article. The TUD is actually a straightforward and very concise read -- I should have gone there in the first place. I amended the original posting here as the ESC did not discard the diagnosis of UA -- "some cardiologists" have. -- Seth Trueger.


*EMCrit explained this tactic at one point, can't find it now. Obviously it's not good to do all the time and can be abused to cover laziness, but there's such divergent information on chest pain that I think it applies here.

I've been kicking around my thoughts on low risk chest pain for a few years now. Special thanks to Manrique Umana for pushing me over the edge.
Also thanks to Nick Genes, Ryan Radecki, Dave Newman, Luke Hermann, and Richard Body for being the main influences to my gestalt & interpretation of the evidence on this.
Posted by mdaware