Tweet-in-Brief: Do the Right Thing

RT yelled at me for touching vent once, I 1 apologized 2 was really nice 3 gave my card 4 never heard about it again https://t.co/zcV9z74jzz

1 do what's right for the patient 2 be nice to everyone 3 deal with the consequences, which ideally 4 there won't be https://t.co/52UCa6iKC1

Get What You Pay For & Pay for What You Get

Andrew Sprung and I had a great conversation about Republican presidential candidate Donald Trump's claim that premiums are rising (see the Storify below). Our view: premiums are generally flat. There is a lot of variation around this, mostly geographic, and also largely based on whose premiums you're talking about. Comparing premiums from before Obamacare to today’s is like comparing 1995 and 2015 cell phone plans. [caption id="attachment_5826" align="alignleft" width="300"] 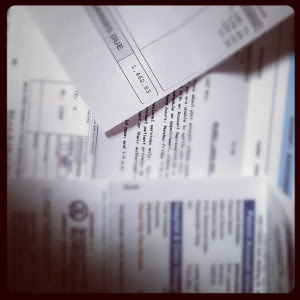 Source: Lauren (Flickr/CC)[/caption] Yes, some people who were insured on the non-group market prior to the ACA saw their premiums go up significantly. But this is a meaningless critique. First, the fraction of people who had non-group plans prior to the ACA is (and still is) pretty small - about 5% in 2011 [source: KFF]. Second, remember that most people who have individual plans only have them for a fairly short period of time; most only enroll in a plan for 6-18 months, such as for a few months while searching for a job and until their next employer-sponsored plan kicks in (see this post for example). And while some were happy with their coverage, remember the two most important caveats to pre-ACA nongroup premiums:
The first of these big problems: people who ostensibly had insurance would find that it didn't help them when they needed it, because they hit annual or lifetime benefits limits; certain medical problems or services weren't covered; or, the insurer cancelled their plan when they made a claim. Even in the best-case situation, remember how frustrating it is to deal with actually getting an insurance claim paid.


"If you think government healthcare is bad, wait until Comcast runs it." - Seth

Personal example #1: I (Seth) had cheap private insurance for a few years in med school after getting kicked off my parents plan well before age 26 (Thanks, Obama) and I paid $60+ a month for essentially useless coverage that didn't really cover anything. Fortunately, I never got sick and I only really needed my insurance to satisfy my school’s requirement (and, maybe, piece of mind. But not really). While we don't know how many people were "happy" with their pre-ACA plan, we can estimate. Per Andrew Sprung, about half of the 16% of people in the non-group market now have grandfathered plans... which is roughly 1/2 of 1/6 of 1/20 of the insurance market, so 1 in 240 insurance plans. The second of these major issues that arises when comparing premiums before and after the ACA: preexisting conditions. How many people were completely blocked from getting insurance because of a preexisting medical problem? And relatedly, how many people were either charged higher premiums because of a preexisting condition? Or, were only given a plan that didn’t cover anything remotely related to their preexisting condition? ("You can buy insurance from us but we won't cover surveillance or treatment for a relapse of your Hodgkin's Lymphoma.") Personal example #2: My (Seth’s) wife was previously charged more (plus had to do a ton of frustrating paperwork) for the preexisting condition of "having a pre-cancerous benign mole removed." Remember: private insurance companies aren’t incentivized to keep us healthy; they are incentivized to keep us healthy until we turn 65. While a small fraction of individuals now pay a little more for their premiums, their insurance actually now has to cover stuff; and, they aren't getting a discount by excluding all the people who have serious health problems (or benign moles). Given all these caveats, it's really remarkable that premiums are pretty much flat at all. Let’s consider one last thing. “Premium price" can mean a lot of things. Is it subsidized or unsubsidized? Subsidized premiums are most likely pretty flat, and are what individuals actually pay. Unsubsidized premiums have gone up, but not by as much as people like Trump claim. I'm the first to admit that probably the biggest question the ACA poses is: will premium subsidies simply cost too much? And so far, it doesn't seem like it.


We have a great review forthcoming from Laura Medford-Davis on this issue. Stay tuned! - Cedric

Premium subsidies are simply the price we pay for insuring millions and millions of Americans in a functioning market for non-group insurance. And let’s not forget the quasi-secret but much, much, larger subsidies we already provide to people insured through their employers. We shouldn’t decry subsidies for insurance bought on the market while spending hundreds of billions of dollars subsidizing employer-sponsored insurance.

Narrow Networks: The Result of Competition, not the Barrier

This post is co-authored by Seth Trueger & Cedric Dark and also appears on Policy Prescriptions. See also the related post on premiums before & after ACA (PolicyRx).

This fantastic article by Dan Diamond in Forbes on Republican presidential candidate Donald Trump’s gibberish on health care during his 60 Minutes interview sparked some great discussion on Twitter – see the Storify below. Dan makes an amazing analogy:


Blaming Obamacare for insurance companies’ behavior is like saying Trump’s responsible for how America nominates its presidents.

Dan’s piece did, however, clumsily brush over one important issue, saying:


Trump has returned time and again to the idea that there’s not enough competition in the health insurance market. And you know what? He’s probably right. More than 40% of the doctor networks available through Obamacare exchanges are narrow network plans. Around half of all hospital networks on ACA plans are narrow networks, too.

Insurers try to find the best provider network (providers include both hospitals and doctors, which are negotiated separately) for their plan at the lowest cost, mostly using their enrollees as leverage. Insurers try to negotiate a discount by bringing volume. Plans basically say to providers, “Take this price and look how many patients we will bring you!”

Hospitals and doctors negotiate for the highest prices and the largest volume of patients they can get, leveraging their quality and brand name (i.e. desirability).

The main “market interaction” in the insurer-provider market is defining the network for the plan. This is primarily how premiums and other costs are determined (in addition to deciding which benefits are covered by the plan).

Incidentally, this is pretty much why selling plans across state lines doesn’t magically fix anything. Consider this example.

An insurer in Illinois still has to negotiate a completely separate provider network if it were to try to sell a plan in another state like Indiana or Georgia. That’s where all the work exists. It’s not the regulatory burden; it’s the provider network negotiation.

There is, in fact, a lot of competition in health markets, primarily in the negotiations between insurers and providers. All Obamacare did was make it so that for insurers to complete against each other they had to come up with new ways of making profits while keeping premiums and cost sharing competitive. Instead of the pre-ACA race to see which insurer could exclude the riskiest people, now insurers fight over patients by cutting costs while maintaining required coverage — and the primary way to do that is by narrowing networks and excluding providers that don’t (as Trump would say) “cut a deal.”